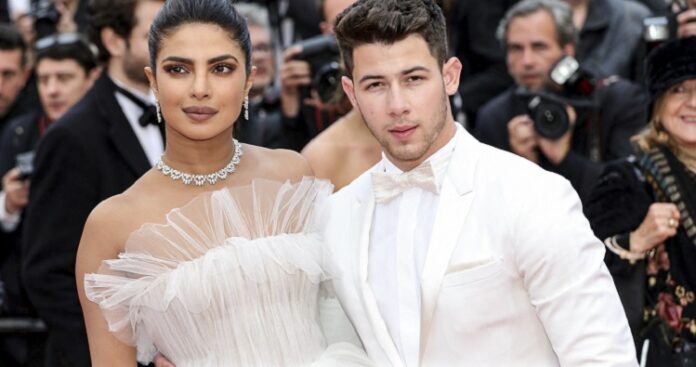 On Friday, actress Priyanka Chopra Jonas and her husband, singer-actor Nick Jonas, shocked their fans by announcing that they had become parents to their first child through surrogacy. Many of their followers have thanked them on social media since the announcement. However, a few people found a video of Priyanka saying that she and Nick are ‘expecting,’ only to divert when she saw Nick’s look.

“If you don’t know, we’re the only couple who hasn’t had kids yet, which is why I’m happy to make this announcement,” Priyanka adds in the video. Nick’s brows wrinkled and he appeared nervous when she said this. “Sorry, baby,” Priyanka continued. Nick and I are expecting a child…” “To get drunk tonight and sleep in tomorrow!” she continued as the audience cheered.

“Your face was extremely amusing when I said that,” she remarked, pointing at Nick. “Yeah, I was a little concerned,” the American singer answered.

After announcing the birth of her baby, Priyanka requested privacy. “We are pleased to confirm that we have welcomed a child via surrogate,” she added. We humbly request privacy during this unique time so that we can devote our attention to our family. Thank you very much.

Read :   After a debate between the US and Russia over a Libyan envoy, the UN extends its mandate

Kevin and Joe Jonas, who left heart emojis in the comments area, surrounded her with affection. Among others who congratulated the pair were Lara Dutta, Mushtaq Sheikh, Mini Mathur, Lilly Singh, Neha Dhupia, Shefali Shah, Anusha Dandekar, and Bhumi Pednekar.

The battle for Kyiv heats up, and a stubborn Zelenskyy pushes resistance, declaring, “The struggle...