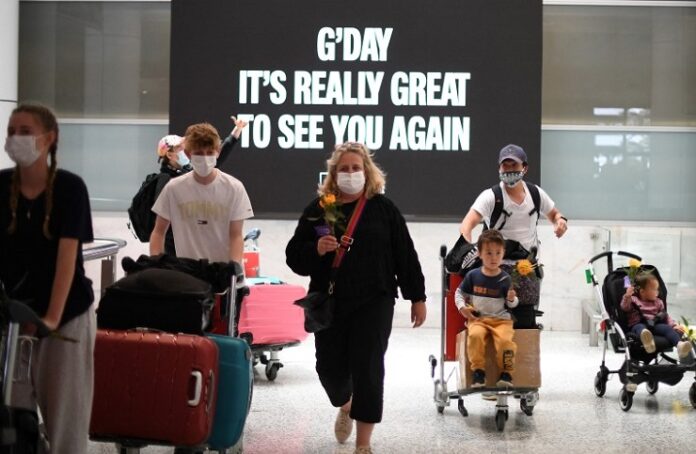 “It’s been over two years since we decided to close the borders to Australia,” Morrison said during a Monday press conference.

If you’re double vaccinated, we look forward to welcoming you back to Australia.”

In March 2020, Australia closed its borders to protect itself against a growing COVID-19 pandemic.

Read :   Two Virginia college officers were shot and killed; a suspect has been arrested

Since then, most Australians have been barred from leaving the country, with only a few foreigners allowed entry waivers.

The laws have shattered families, harmed Australia’s burgeoning tourism economy, and sparked heated discussions about the country’s reputation as a modern, open, and outward-looking society.

The Asia Pacific region has been cautious in its approach to border restrictions so far,” Philip Goh, IATA’s Regional Vice President for Asia Pacific, said in a statement. “However, in recent weeks, we have seen increasing movement toward the removal of travel restrictions — in the Philippines, Thailand, and to a lesser extent, New Zealand.”” “We urge other governments in the Asia Pacific to consider easing border restrictions in a similar way to allow aviation businesses to accelerate their much-needed recovery and bring maximum benefits to the region.”

Read :   According to the CDC, the Omicron BA.2 sub-variant currently accounts for approximately a quarter of new COVID cases in the United States

Morrison’s administration has gradually eased the criteria for Australians, long-term residents, and students since launching its vaccine programme last year.

Almost all remaining caps will be lifted as a result of Monday’s decision.

Almost all of Australia’s population has received two doses of the COVID-19 vaccine, and the country ditched its long-standing “COVID-zero” policy last year, owing to an increase in cases caused by the Omicron variant.

Daily infections and hospital admissions have decreased over the last week, with Australia reporting just over 23,000 new cases on Monday.

Read :   China imposes a zero-Covid policy on a 3.5-million-strong city

This is the lowest daily case count of the year, and it’s down from a high of 150,000 approximately a month ago.

Since the first Omicron case was discovered in Australia in November, there have been around 2.4 million cases reported. Australia had counted around 200,000 instances up to that point.

Since the epidemic began, 4,248 people in Australia have died as a result of the virus.

According to the CDC, the Omicron BA.2 sub-variant currently accounts for approximately a quarter of new COVID cases in the United States

After another weekend of arrests, Canada is looking to put a stop to the Covid-19 demonstrations with stiffer financial penalties

Ukraine’s energy minister spoke with his US colleague in a “urgent” conversation over the Zaporizhzhia...