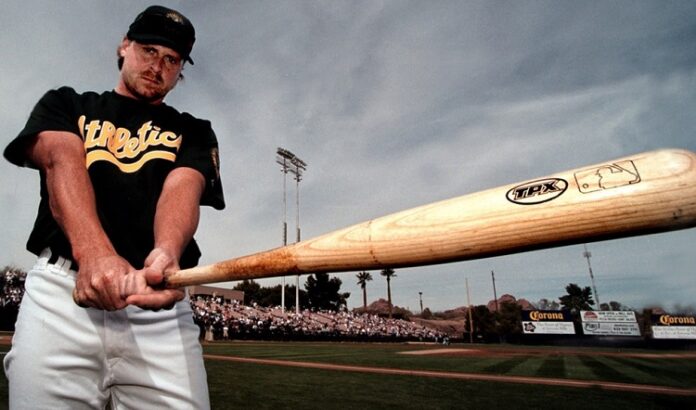 According to his former teams, the Oakland Athletics, Boston Red Sox, and Philadelphia Phillies, former Major League Baseball player Jeremy Giambi has died. When Giambi died, he was 47 years old.

“We are heartbroken to learn of the passing of a member of our Green and Gold family, Jeremy Giambi,” the Athletics tweeted on Wednesday. Jeanne, Jason, and his family and friends have our heartfelt condolences.”

The cause of death has yet to be established.

Giambi had six seasons in the major leagues with four different teams: the Athletics, Phillies, Red Sox, and Royals of Kansas City. In 2003, he played his final season in the Major League Baseball.

“We grieve the death of Jeremy Giambi, who spent six seasons in the major leagues, including one with the Red Sox in 2003,” the Red Sox said in a tweet on Wednesday. The family has our heartfelt condolences.

The Philadelphia Phillies released a photo of Giambi with the caption, “The Phillies are heartbroken to learn of Jeremy Giambi’s unfortunate death. During this difficult time, we send our condolences to his family.”

Giambi, who was born in San Jose, died at his parents’ house in Claremont, according to his agent Joel Wolfe. Before retiring, Giambi played in the major leagues with the Kansas City Royals, Oakland Athletics, Philadelphia Phillies, and Boston Red Sox from 1998 to 2003. Giambi was also a standout at Cal State Fullerton, where he helped the team win the College World Series in 1995.

Read :   End Of An Era: Actor, comedian and filmmaker Bob Saget died at the age of 65

Lt. Robert Ewing of the Claremont Police Department said officers responded to a medical emergency call at 11:40 a.m. and discovered Giambi deceased inside the residence. The cause of death was unknown, but there were no signs of foul play, according to Ewing.

Both Giambi brothers were included in Michael Lewis’ book “Moneyball,” which was adapted into a film in 2011.

Lata Mangeshkar, the legendary singer, died at the age of 92 from multi-organ failure