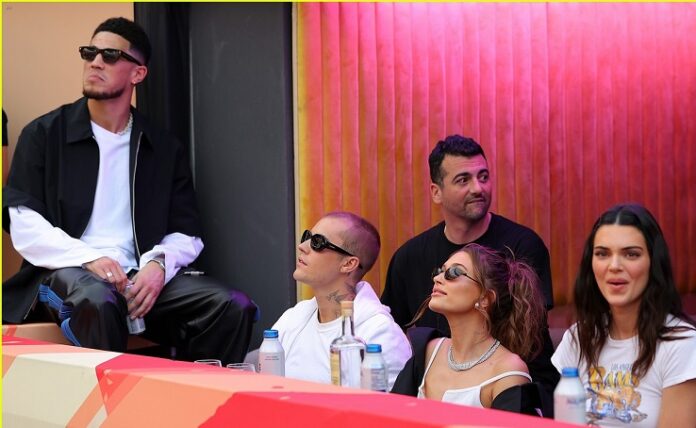 Super Bowl 2022 was a star-studded affair, with the entertainment industry’s who’s who showing up for the big game. Several big celebrities were in attendance, including Prince Harry, Jennifer Lopez, and Ben Affleck. Two power couples, Justin Bieber and his wife Hailey Bieber, as well as their BFF Kendall Jenner and her boyfriend Devin Booker, were also seen watching the game together. 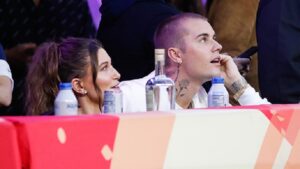 While at the game, the incredible foursome also posed for a romantic photo in which besties Kendall and Hailey were seen sharing a sweet embrace. On Sunday, the Biebers, Jenner, and Booker attended the big game at SoFi Stadium in California, where they saw the Los Angeles Rams win their second Super Bowl after defeating the Cincinnati Bengals.

Both Hailey and Kendall used their Instagram stories to showcase photographs of the Super Bowl’s sold-out stadium. While Kendall’s sisters were not there at the game, her niece North West and nephew Saint West were visible with their father Kanye West, who also shared a video with them on Instagram. 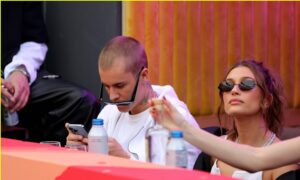 Kendall and Devin were also photographed wearing white tees, though the Phoenix Suns player was also seen wearing a black top. In a white tank top, Hailey looked gorgeous. Justin was also seen enjoying the game, following a tense Friday in which a shooting occurred outside his Super Bowl performance.

Read :   All Covid protocols are halted by NFL including masks and testing requirements

The Biebers teamed up with Kendall and Devin for a Super Bowl double date, which comes as no surprise. The two couples had previously taken a vacation together last year.

Most Haunted Top 10 Places in India and Their Stories

The United States and its allies are increasing sanctions against Russia in response to the...

Two Virginia college officers were shot and killed; a suspect has been arrested