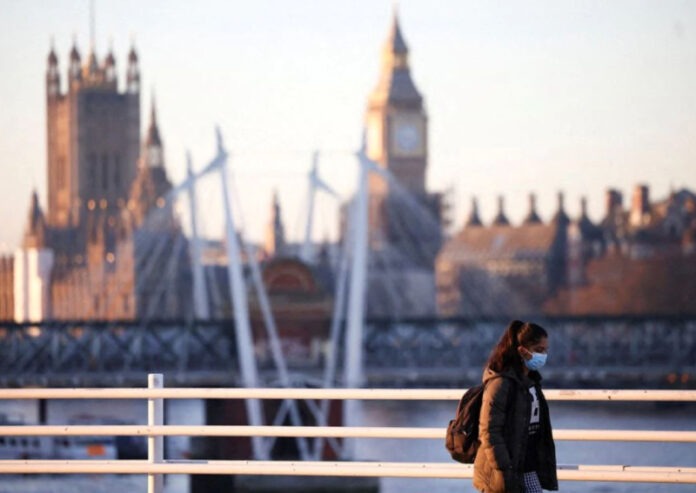 On Thursday, the majority of coronavirus restrictions in England were withdrawn, including required face masks, after the British government announced that its vaccination booster deployment had successfully decreased serious illness and COVID-19 hospitalizations.

Face coverings are no longer necessary by law in England as of Thursday, January 27, 2022, and a legal requirement for COVID passes for access into nightclubs and other major venues has been eliminated.

Last Monday, the government revised its recommendation to people who work from home, as well as its policy on face coverings in classrooms.

Read :   Nathan Chen of the United States breaks a world record in the short programme at the Beijing Olympics

The so-called “Plan B” procedures were put in place in early December to prevent the Omicron variety from wreaking havoc on health services and to give the public enough time to get their booster immunisation shot.

The government’s vaccination rollout, testing, and development of antiviral therapies, according to Health Secretary Sajid Javid, provide “some of the strongest defences in Europe,” allowing for a “cautious return” to routine.

“As we learn to live with COVID, we must be clear-eyed that this virus is not going away,” he continued. While the number of infections is decreasing, health experts say Omicron is still prevalent across the country, particularly among children and the elderly.

Officials claim that nearly 84 percent of adults over the age of 12 in the UK have received their second vaccine dosage, and that 81 percent of those who are eligible have had their booster shot.

Admissions to hospitals and the number of persons in intensive care units have levelled out or decreased, and daily cases have dropped from over 200,000 around New Year’s Day to under 100,000 in recent days.

Some retailers and public transportation companies said they will continue to ask customers to wear face masks despite the government’s move away from mandatory restrictions. Face coverings will still be required on London buses and subway trains, according to Mayor Sadiq Khan.

The legal requirement that infected people self-isolate for five days is still in place, but Johnson says it will be phased out soon and replaced with something else.

Read :   As the number of cases of Covid declines, vaccination regulations are being relaxed across the United States

COVID-19 will be treated more like the flu, according to health officials, in a longer-term post-pandemic strategy.

Virus limits have also been reduced in Scotland, Wales, and Northern Ireland, all of which have their own public health standards.