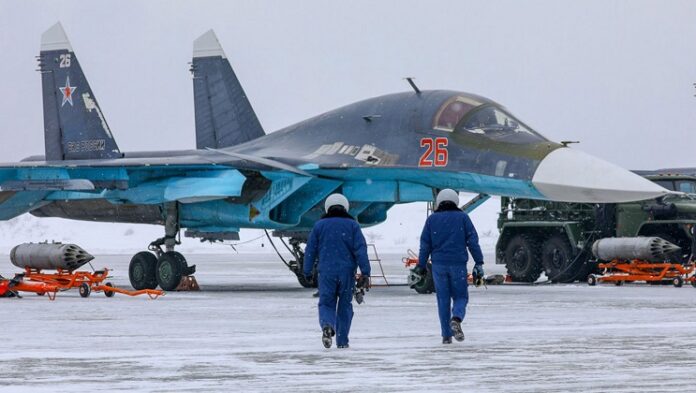 After conducting war simulations that alarmed the West, Russia announced on Friday that it has begun withdrawing more tanks and other armoured equipment from locations near Ukraine’s border.

The Russian defence ministry said in a statement that “another military train transporting people and military equipment belonging to tank army units of the western military district returned to their permanent barracks in the Nizhny Novgorod region after completing scheduled exercises.”

Separately, it said that ten Su-24 warplanes would be redeploying from the Crimean peninsula, which Moscow has annexed, to airfields in other parts of the country. The Russian pullbacks announced on Friday are the most recent in a series of moves this week that raised hopes of a lessening in tensions between Russia and the West over Ukraine.

Read :   Despite supply-chain difficulties, Apple is on track to set new sales records

The West has accused Moscow of massing tens of thousands of troops on Crimea and on Ukraine’s borders, and has warned of a Russian invasion.

However, in response to the initial announcements of the military reductions, Washington claimed that there had been no substantial reduction in soldier levels and that Russia was actively reinforcing forces along the border. Tensions have been heightened by Russian military games in Belarus, and Belarus’ strongman leader, Alexander Lukashenko, was scheduled to meet with President Vladimir Putin in Moscow later Friday.