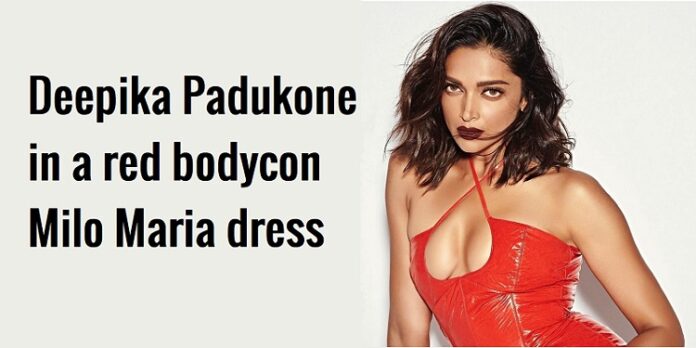 Bollwood actor Deepika Padukone next film Gehraiyaan, will be released on February 11 and will also star Ananya Panday, Siddhant Chaturvedi, and Dhairya Karwa. According to the trailer, the film is about dark and intense romances, and it is one of the year’s most anticipated films.

Deepika Padukone debuted the advertising for her film in a red bodycon dress. Deepika’s Milo Maria latex number, styled by Shaleena Nathani, hugged her hourglass form and featured a halter neckline and a keyhole cutout at her neck that showed off her cleavage. Her only accessories were a pair of bright red shoes and a dress that ended just below her knees.

Read :   In the midst of Kanye West's drama, Kim Kardashian is said to be remaining calm and trying to 'be the bigger person 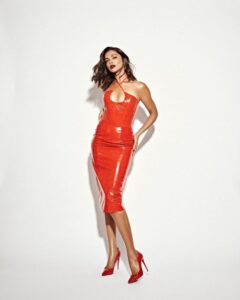 DP’s hair and makeup were also on point to go with her costume. Her appearance was enhanced by burgundy lips, heavy eyeliner, lots of mascara, filled-in brows, and shaped cheekbones. The actress’s hair was pulled to one side and curled into tousled beachy waves, which she kept in place with a lot of gloss.

We adored Deepika’s sultry appearance in the bodycon gown, which accentuated her shape to perfection, as well as her bold deep red lips! The dress can also be used as inspiration for the perfect Valentine’s Day date night with your significant.

The State Department has ordered diplomats’ families to evacuate the US post in Kyiv because...