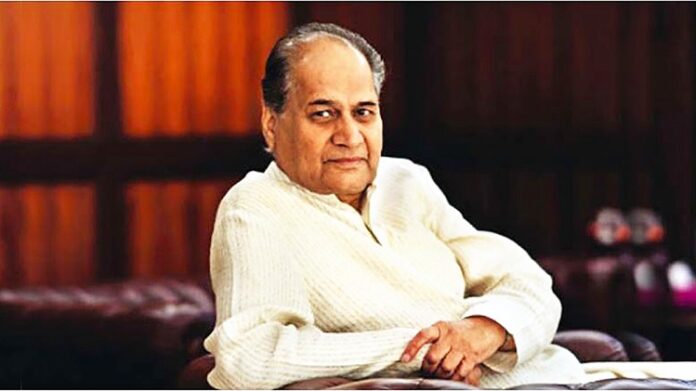 Rahul Bajaj, a veteran industrialist and the founder of the Bajaj company, died on Saturday.

Bajaj, 83, was hospitalised to the Ruby Hall Clinic a month ago with pneumonia and a heart condition and died at 2.30 p.m. on Saturday.

“It is with great sadness that I notify you of the death of Rahul Bajaj, the late Rupa Bajaj’s husband and father to Rajiv and Deepa, Sanjiv and Shefali, Sunaina and Manish.” “He passed away in the presence of his closest family members on the afternoon of February 12, 2022,” according to a statement from the Bajaj company.

In 1965, Rahul Bajaj joined the Bajaj group, and in 1968, he was named CEO of Bajaj Auto. Rahul Bajaj, a powerful figure in the corporate world, resigned aside from his executive position in 2005, and his son Rajiv took over as managing director of Bajaj Auto.

Bajaj resigned down as non-executive chairman of Bajaj Auto in April 2021. The group, which includes Bajaj Auto, Bajaj Finance, Bajaj Finserv, Bajaj Electricals, Mukand, and Bajaj Allianz, is one of India’s oldest corporate conglomerates, with over 36,000 employees.

Read :   As the US rejects Poland's offer of planes for Ukraine, a rift grows among NATO allies

Bajaj, who was born on June 10, 1938, earned an Honours Degree in Economics from Delhi University’s St Stephen’s College in 1958. Bajaj also holds a law degree from Bombay University as well as an MBA from Harvard Business School.

He oversaw group activities such as the manufacture and sale of motorised two, three, and four-wheeled vehicles, general and life insurance, investment and consumer finance, home appliances, electric lamps, wind energy, special alloy and stainless steel, material handling equipment, and travel as the head of the Bajaj group of companies.

Bajaj has received numerous honours, including the Padma Bhushan from the Indian government and honorary doctorates from numerous colleges. He was elected to the Rajya Sabha from 2006 to 2010.

He was also the head of the board of governors of the Indian Institute of Technology, Bombay, and the previous chairman of Indian Airlines.

Bajaj was also in charge of the Bajaj group of enterprises’ and charitable trusts’ CSR efforts, notably the Jamnalal Bajaj Foundation.